What do I mean Parrots & Sheep in the barrel pen?

Other than an Ed Wright video a few years ago on YouTube with a random chicken that scared the crap out of a horse,  I haven’t seen any random farm animals IN the barrel pen, just a lot of barrel racers acting like them.

I was visiting with Brett Mills of RES Equine sports boots at a barrel race in Washington a few years ago.  We were watching the time onlies and were both concerned over how many barrel racers followed the actions of the person who went before them, without seeming to consider that they were doing it and why they were doing it.

I have always referred to it as being a Parrot or “Parroting”, Brett referred to those people as “Sheeple” (combining the Words Sheep and People).  Both of us were talking about barrel racers who without thought or understanding, repeat the words or actions of another barrel racer, sometimes not even realizing it.

Remember the good old phrase (I’m dating myself here, because I’m pretty sure you aren’t allowed to actually say this anymore) “If your friends jumped off of a bridge, would you jump off too?” when your parents found out you did something your friends did, that lacked judgement or thought.

Well most people are doing it in the barrel pen, so either their parents didn’t say it, or it didn’t stick.

When I do Intervaltiming at an event, it requires set up before the barrel race starts.  Time onlies and ground maintenance usually go right up to the race start, so that usually means I am up at the crack of dawn doing setup, before anything gets going.  This also means I am not going to leave between setting equipment up and the race starting, so usually watch the time onlies, even if with half an eye.

Time and time again, I watch racers mindlessly following the person who went before them’s tracks and mimicking their actions.  I also watch this in clinic environments.  Why isn’t anyone stopping to ask “Why would I do this, is it right for MY horse and ME?”, “Is there is any factual evidence or am I buying someones opinion?”.

Did you know you can commit something to short term memory by watching an action and repeat it?  Watching a bad path can be detrimental to your upcoming run if you are committing someone else’s mistakes to the forefront of your thoughts and consciousness.

There are a lot of different types of memory and we lay them out in muscle memory course. It is good to be self aware so you know what you can and can’t watch, and the best ways to commit to memory.

When I watch someone follow the foot steps that just happen to be in the dirt, it also tells me you aren’t focusing on what you practiced and aren’t confident in your lines.

The odds of you needing the exact same approach as the person in front of you are about 20 to 1.

Those aren’t good betting odds for success, more of a “Hail Mary” approach.

You need to learn to find success on your own path for the benefit of you and your horse.  This goes for the actual path you are riding on and the horses training program.

If you are content with “Parroting” or “Sheeping” along, then you need to be OK with mediocre results and occasional full on train wrecks.

Being mindful, present and confidently navigating your horse on the path YOU practiced and YOU did it because you know WHY your horse needs the path, and doing it on the training timeline that works for them, sets you up for success.

We (Horses and Riders) are all made up of different pieces.  Different experiences, genetic makeup and how we are built can all cause different reactions.

If you haven’t been with your horse from birth to training, they may have some underlying bad experiences that are only going to show up if you go there again.  You might have that too and your horse can’t understand why you are a mess when you show up to the county fair, because you fell off as a kid and experienced the greatest humiliation of your life and never got over it.

The only way to work through these things is to own it and like a jigsaw puzzle, start putting the pieces together so it makes a picture.  Your version of the picture might look different than the next persons, but you are the one who needs to own it, so that doesn’t matter. 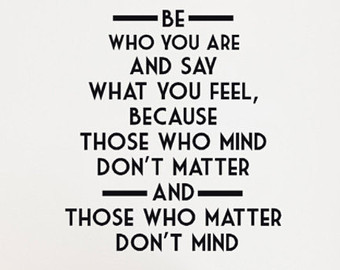 WALK YOUR OWN PATH, take your horse on THEIR PATH and stop worrying or being concerned with those around you.

Originally published on The Take Time off the Clock Site, Feb 15, 2019 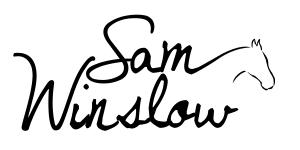